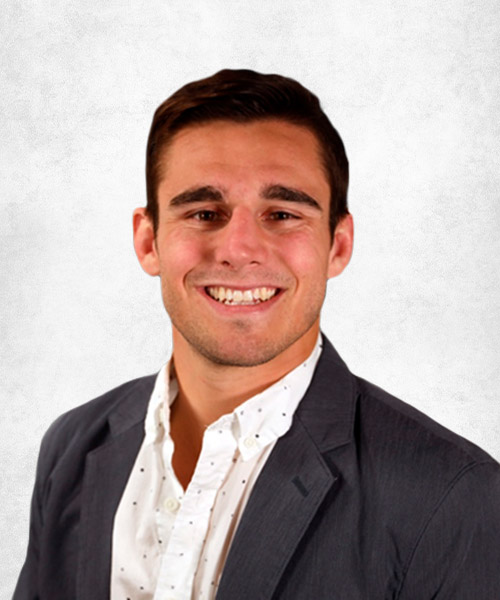 Chad Pyke embodies the blending of academia and premier athleticism. Since he began his wrestling career, he has been named team captain of a State Championship team, academic all conference athlete, and scholar athlete of the year. During his time as a division 1 college athlete, Chad learned to exemplify leadership skills in effective ways that he now uses to further A Better Way. Chad provides organization to the team and acts as the glue that holds it all together.

Why do you believe in A Better Way?Even though I have never been a coach, I spent over a decade in the world of athletics as a competitor reaching one of the highest levels possible in my sport. During that time, I realized the people who had the greatest impact on me were my coaches.

A Better Way Athletics is designed to help coaches more fully understand the influence they have and how to use it to change the trajectory of a young man or woman’s life for the better. I believe in this system because I was blessed to be coached and parented a better way than most, and it changed my life.

What drew you to work with Heath and Eric?I was drawn to Heath and Eric because I could tell they saw the bigger picture of sports. They understand that it is a vehicle for change capable of affecting the younger generations. It can either deeply wound them in ways some will never verbalize, or set them up to be value adding leaders in society. They understand that the change produced in the heart of an athlete by sports is determined by the heart of the coaches and parents, and they want to help both coaches and parents zoom out to see what sports are really about. It’s more than wins and losses. It’s about captivating the mind and heart of the athlete to help them see that they have a far greater

Tell us about your sports journey.My sports journey is unconventional to say the least. I didn't start wrestling year round until middle school when most kids start at age 5. But I fell in love with the sport at 12 years old and remember telling my dad that I wanted to be a 3X State Champion once I got to High School.

Ultimately my plan somewhat worked because by the end of High School I was blessed to become a 2X State Champion, captain of a state championship team, High School All-American, and signed a scholarship to wrestling for North Carolina State University. The greatest thing my parents ever did on my sports journey was allowing me to decide what I was going to do.

My parents gave me ownership of my athletic career, always encouraged me to work hard, but never let me get to wrapped up in the results. When you pair the way my parents guided me through my career with the coaches who taught me to love learning and trust the process, the result was that I became an athlete who exceeded expectations and came as close as possible to maximizing his potential.