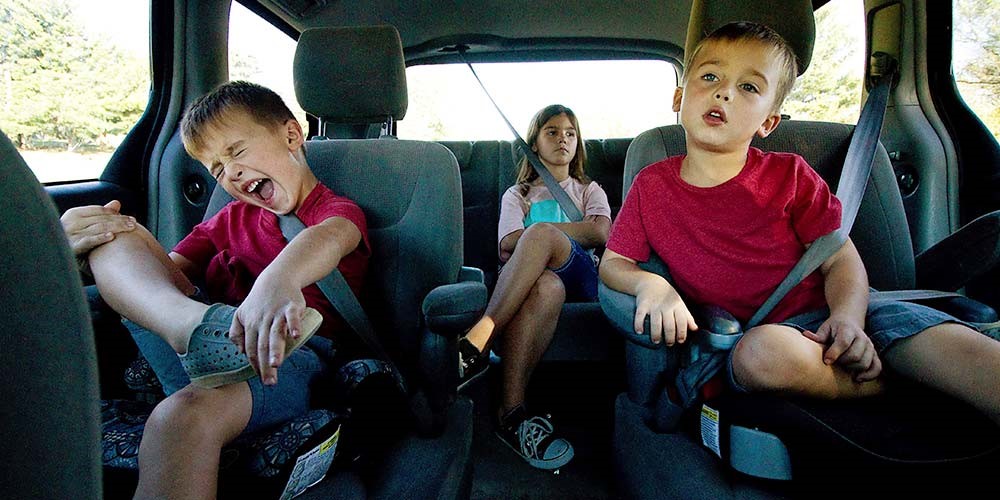 Last Saturday I enjoyed the beautiful experience of watching my amazing daughter graduate from a major university in Tennessee. She graduated with a grade point average above a 3.0, battled through an ACL surgery, and competed tenaciously as a starter on the women’s soccer team for four years. As I watched the graduation ceremony unfold, I couldn’t help but to reflect back on many of the thrills and struggles that have propelled her to become the beautiful, responsible, and caring young woman that she has become, and I also couldn’t stop thinking about how unbelievably messy and scary parenting can be.

One memory that kept popping into my mind was an event that was both a pivotal lesson and  was also one of the most difficult decisions I have ever made. My daughter was a 7th grader, and like many 13 year old girls – she was becoming extremely entitled and even a touch disrespectful. She was a good kid, a great soccer player, and she was starting to believe that she had a God given right to play the game she loved no matter how entitled  or disrespectful she acted.

My wife and I had several conversations with her about how she was acting. We reminded her that soccer was a privilege and not a right. We informed her that we felt our role as parents was to help mold her into a respectful and kind young lady, and that we could care less about her soccer success if she wasn’t growing as a responsible human being. I told her several stories about some of my former state champion athletes who had tremendous skill and talent but who lacked the character to ever receive my endorsement or respect. We informed her that we were going to do our job of loving and guiding her to be a quality person who could be kind and counted on. We also made her aware of the sacrifices that we were making on my teacher salary to finance her expensive soccer “hobby”, and we laid out the expectation we had of her if we were going to continue to finance this “hobby”.

We reminded her that her responsibility was to make good grades, help out around the house, and be respectful to her mother, brother, me, as well as anyone else she encountered. In all honesty, we didn’t need to tell her to be respectful to anyone other than those of us who lived in our home. We often laugh now about how she had the amazing ability to ride in our car with a scowl on her that could freeze six inches of ice, and then jump out of the car and instantly light up everyone’s world with the brightest smile and warmest, Hello!”

Well, on this day about a week or so after this serious sit down conversation, my wife, daughter, and I left our house at 6am to travel 3 hours to attend the Tennessee Olympic Development try-out. This was a team that my daughter had been on for the three previous years. It was an assortment of the most talented girls in the state, and it was a great athletic experience for my daughter. She loved it, and she truly had hopes of climbing the Olympic Ladder.

I had been up very late the night before coaching at an event, so my wife decided to drive. Everything was going great until we got about five minutes from our exit. Then, as  I was having to press the seek button to find radio stations because we were so far from home, my daughter told me, “Stop. That is a good song!” The song played for a minute or two before I changed the station and said, “ This is awful. I have no idea why you know the words to this filthy song”. So, at that point, she slipped back into her entitled frame of thought and said something along the lines of, “Oh my God! This is so ridiculousAAHH!”. She had this way of accentuating her words when she was unhappy with the sound of AAAHH. If her answer was no, then, when she was mad, it was noAAAAHHH! She thought she did this to show displeasure. I thought she formed this habit because she had become an entitled brat.

So, I turned around and said, “Sweetheart, I thought we agreed that we were going to speak to each other with respect?”. And, she responded with something along the lines of, “Oh my goodnessAAAAH”. It just so happened that as she said this we had just exited the highway and were rolling toward the traffic light. As we approached the light, one thought was going through my mind, and that was that my daughter either lacked all self control or she was a spoiled brat. Either way, something had to be done. It seemed as if a million thoughts flooded through my mind in a split second. So, as we stopped at the light, I looked at my wife and said, “Turn this car around, jump back on the highway, and let’s go home. We can’t keep rewarding her with soccer when she won’t live up to her end of the deal”. My wife and I locked eyes, and she never said a word. She just turned left at the light, left at the interstate entrance, and headed back to the house. I know. My wife is a stud!

My daughter on the other hand was not so stoic. She immediately melted down and started saying that we were ruining her soccer “career.” We calmly told her that we were in fact the only ones financing her soccer “hobby”, and that it was not a career until she was making enough money to pay all of her expenses. We also told her that she was the one ruining her hobby because she was the one who was not holding up her end of the bargain. We reminded her that she agreed to treat all of us with respect, and that as long as she took care of her responsibilities we would continue to do so in the future.

She cried for about an hour of the ride home, and then she started asking questions trying to assess the damage that might have been done by missing the try out. I assured her that her talent was going to get her to very high places, but that she was going to need character to truly maximize her talent.

I am not going to lie though. I had a lot of questions swirling in my mind, and the main one was did we do the right thing? Looking back on this moment from her present university graduation, I can say without a doubt that we did make the right choice.

Lessons my daughter learned from this experience:

I watched my amazing daughter take these lessons and flourish as a young lady and as an amazing soccer player who is still competing at the D1 level(covid granted an extra year). She has needed the toughness and strength of all these lessons and many more to handle the fast balls life has thrown her way.

Lessons my wife and I learned from this experience: